Lata Mangeshkar was an Indian music director and playback singer who was liked by fans worldwide. She was one of the well-known for her sweet voice. She started her career in 1942 and enjoyed it for almost seven decades. She recorded songs for almost one thousand Hindi films and in over thirty-six regional Indian languages. She receives several awards, including the Bharat Ratna, India’s highest civilian honor. 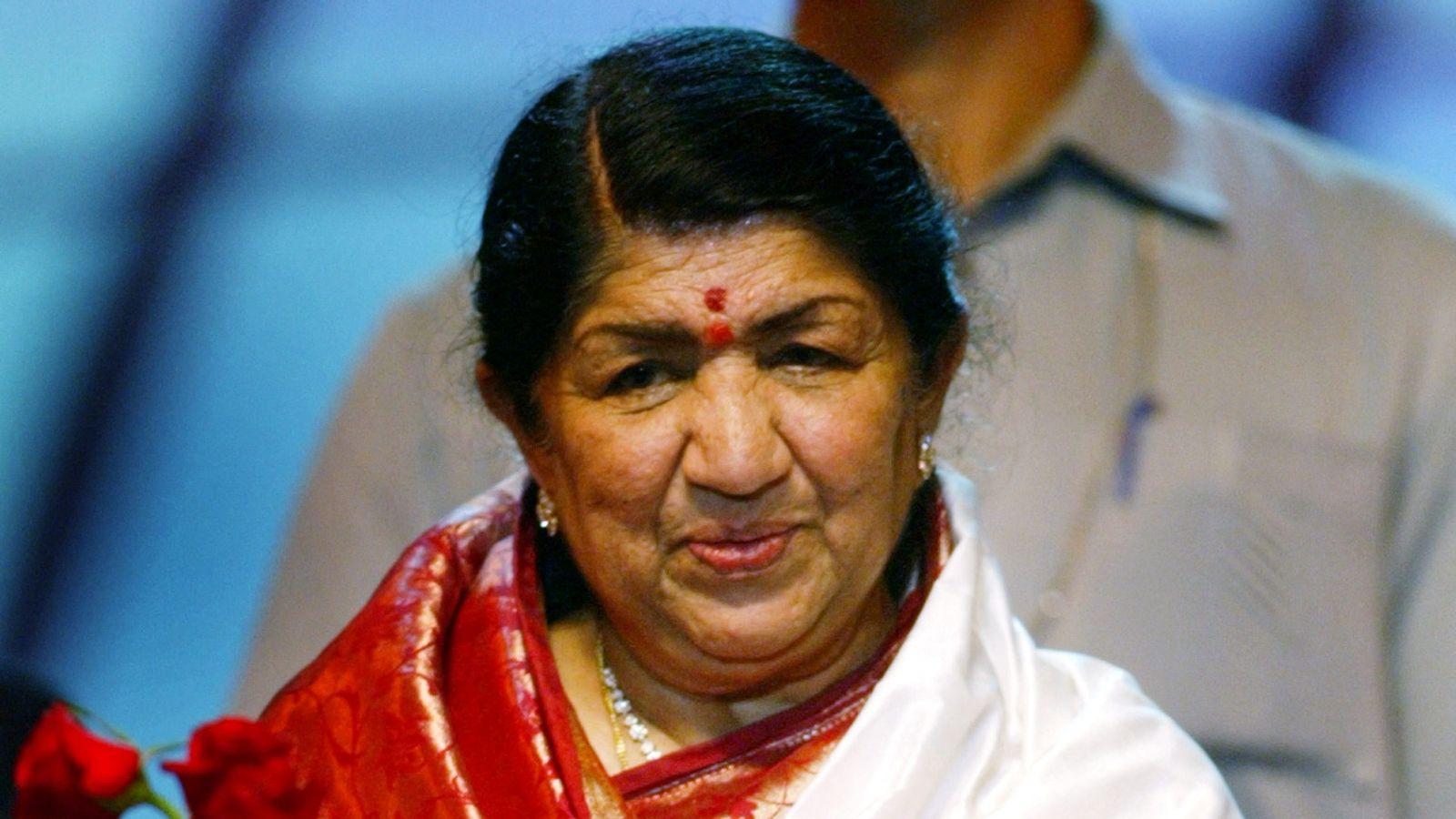 Early Life: Lata Mangeshkar was born on 28 September 1929 in Indore, Madhya Pradesh, into a family of musicians. Her father, Deenanath Mangeshkar, was a singer and her mother, Shanti, was a singer and an actress. Lata Mangeshkar began singing early and made her first film appearance when she was five. She sang her first solo song in the film “Aap Ki Seva Mein” (1942). Her career took off in the 1950s and became one of India’s most popular playback singers. She has sung songs in over a thousand Hindi films.

Education: She attended a school in Mumbai only for one day. She never went to any college or university. She did not get any formal education in any institution. She learned Marathi Alphabets from a maid and Sanskrit from a local priest.

Personal Life: If we talk about her marital life, she never gets married. She lived her life alone.

Hobbies: She likes to Cook, watch cricket matches, to play the slot machines in Las Vegas in her free time.

Singing career: She started her career in 1942. Her father died of heart disease when she was just 13. Master Vinayak, a close friend of the Mangeshkar family, helped her to start her career as a singer and actress. In 1950, Lata Gee sang a song directed by various music companies.

Bengali Career: She recorded her songs in over a thousand Hindi films and also sang songs in over 36 regional Indian languages. Her career in Bengali cinema began in the early 1950s with the theme “Amar Sonar Bangla” from the film Agnipariksha. She went on to sing many popular Bengali songs, including “Dukhiram” from the film Chhadmabeshi and “Amar Bela Je Jai” from the movie Jai Baba Felunath, and “Ei Jharnar Jharnali” from the film Hirak Rajar Deshe. She has also sung Bengali versions of songs originally sung by other playback singers, such as “Boro Asha Koro” from the movie Parineeta. In addition to her playback singing career, Lata Mangeshkar has acted in some Bengali films, such as Shubha Milaap and Jai Baba Felunath.

Awards: She has been honored with numerous awards throughout her career, including the prestigious Bharat Ratna, India’s highest civilian award. Some of her other notable awards include the Padma Bhushan, Padma Vibhushan, and Grammys. Mangeshkar has also been honored by the Indian government with the National Film Award and the Sangeet Natak Akademi Award. She was a living legend, and her awards were a testament to her immense talent and contribution to the world of music.

She earned different title such as:

Music Direction: In addition to her singing career, she has also worked as a music director on several films. She quickly rose to prominence and became one of the most sought-after singers in Bollywood. Her voice had been described as “sweet” and “melodious,” and she had a large and loyal fan base. In addition to her work in film, Lata Mangeshkar had also sung in many private and public concerts. She had also released several solo albums, and her work had been featured on film soundtracks, devotional albums, and compilations.

Relation with Co-singers: Lata Mangeshkar had also worked with many other famous singers, including Mohammed Rafi, Kishore Kumar, Asha Bhosle, and Lata’s sister, Asha. Lata Mangeshkar was always very supportive of other singers, and she had always been willing to share her expertise with them. She had even gone so far as to help budding singers get started in the industry. Lata Mangeshkar is a legend in Indian music, and her relations with other singers are a testament to her generosity and kindness.

Illness and death: On 8 January 2022, Lata Mangeshkar was hospitalized due to an illness. The 90-year-old singer was admitted to the Breach Candy Hospital in Mumbai on November 11 and was in critical condition. She tested positive for COVID-19. She was suffering from viral chest congestion, and her condition worsened. Her family members, including her sister Usha Mangeshkar, had been by her side since she was admitted. She remained in ICU with signs of marginal improvement. But she died on 6 February 2022 from multiple dysfunction syndrome.

Death Reaction: The news of Lata Mangeshkar’s death came as a shock to the entire nation. She was not only one of the most popular singers of her time but also a national icon. Her death had left a deep void in the Indian music industry. Lata Mangeshkar was known for her versatility and her ability to sing in a wide range of genres. She was also known for her commitment to her work and her dedication to her fans. She will be deeply missed by all who love her music.

Lata Mangeshkar had also been accused of being overly critical of other singers. She had been known to give scathing reviews of other singers’ performances, often leading to hurt feelings and bad blood. Despite all the controversies, Mangeshkar remains one of India’s most popular and respected playback singers.

Lata Mangeshkar was a music director and one of the best playback India singers. In 1942 she started her career, which spanned almost seven decades. A thousand Hindi films are filled with her songs. She sang songs in many different regional Indian languages. Mangeshkar was born in 1929 in Indore, Madhya Pradesh, into a Marathi-speaking family. Her father, Deenanath Mangeshkar, was a classical singer and her mother, Shanti, was a homemaker. Mangeshkar’s elder sister, Meena, was also a playback singer. Mangeshkar began singing at four and started taking formal lessons at five.

Lata Ji started her journey when she was chosen to sing the song “Aayega Aanewala” in the film Mahal (1949). The music was composed by Khemchand Prakash and written by Pyarelal Santoshi. It became popular and established Lata Ji as a leading playback singer in Hindi films. Lata Ji recorded songs for over a thousand Hindi films and sung songs in over 36 regional Indian languages. She has also recorded several non-film songs and ghazals. She has received several awards, including the Bharat Ratna, the highest civilian award in India, and the Padma Bhushan and Padma Vibhushan, two of the highest civilian awards in India. She was detected positive for COVID-19 and died on 8 January 2022.

Mohandas Karamchand Gandhi or Mahatma Gandhi or Bapu – Father Of The Nation. A Short Biography

Lala Lajpat Rai – The Punjab Kesari or The Lion Of Punjab. A Short Biography